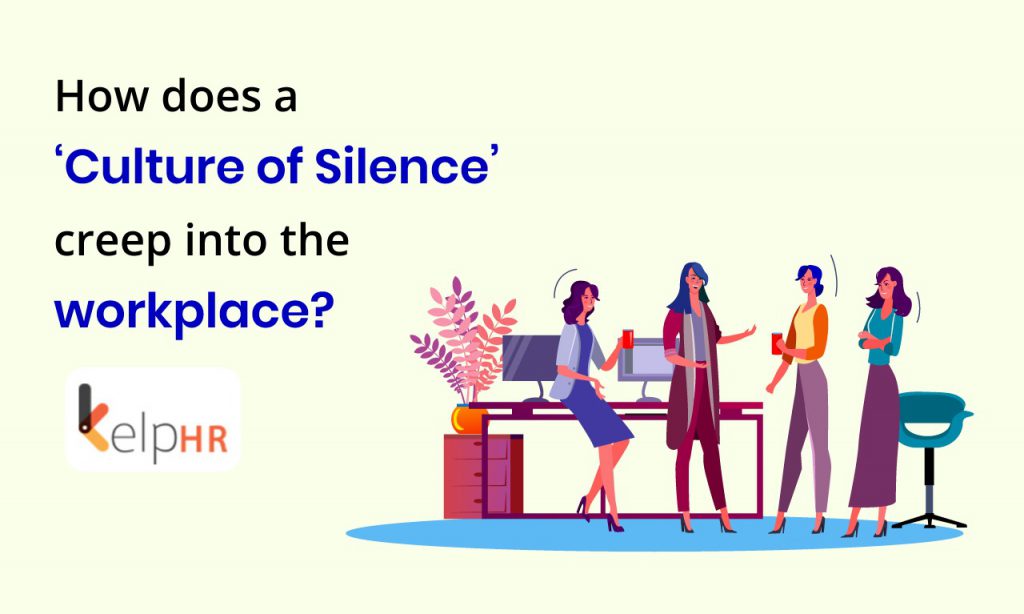 Reading an amazing article by Dulini Fernando and Ajnesh Prasad on “How Managers, Co-workers, and HR Pressure Women to Stay Silent About Harassment” made me think of Kripa, the smart recruit, whose short stint in our team was marked with turbulence.

Kripa was hired to provide Senior Management with daily operations numbers. To ensure that Kripa’s dashboard did not throw any surprises, most business managers often frequented our bay, getting a peek into the figures before they were published. However, a senior manager – Basu, refused to visit our bay but insisted that Kripa meet him in his cabin every evening, to provide him one-on-one updates and clarifications. Kripa initially found the in-person meetings time-consuming but later felt that something was inappropriate about it. She felt queasy attending Basu’s meetings, as they increasingly moved from operational numbers and instead circled around her personal life and her physical grooming.

After several months of this unbearable routine, Kripa finally broke down in front of our manager. Our boss tried his best to check if she was misunderstanding Basu’s intentions? He tried explaining that Basu was usually unreasonable and that Basu’s own team members had complaints about his exacting behaviour. Our boss finally asked Kripa to re-think whether she termed this as sexual harassment and if so, how was she going to prove it to HR?

To ‘help’ Kripa, our well-intentioned Team Lead informally spoke with her asking her to deliberate on whether charging a business manager with harassment without adequate proof was a wise approach at that particular phase of her career?

Upset and confused, Kripa took some personal time off to think through what she wanted to do. On returning from her break, she quit the company for a ‘better opportunity.’ Some in our team seemed relieved.

Reading the article about ‘How Managers, HR and co-workers pressure women to stay silent on harassment’ got me thinking – Were we complicit in creating a culture of silence in Kripa’s case?

The answer – Yes, we were. This is as per the findings of a path-breaking study.

Path-breaking study on how a ‘Culture of Silence’ creeps in

While silencing the victim has been proved in several studies, the fresh perspective provided by the study by Dulini Fernando (Associate Professor at Warwick Business School) and Ajnesh Prasad (Canada Research Chair at Royal Roads University), tells us exactly ‘how’ silencing happens. Their path-breaking work suggests that:

Human Resources, Line Managers, Colleagues in a variety of ways:

What does silencing result in?

Harassment thrives not solely because of a perpetrator’s actions. It is buoyed by the complicity of third-party actors in silencing the victim (making the victim feel that the experience was insignificant or common, getting them to believe that the system will handle it and asking a victim to maintain confidentiality). Eventually, the complicity of HR, Line Managers, and colleagues create a culture of silence making a victim feel alone, confused and dispirited.

It is not surprising that workers like Kripa ultimately quit, clearly suffocated by the culture of silence.

Can we avoid the Culture of Silence from creeping-in?

Yes, we can. Although it requires a long-term, multi-pronged approach. It should include – a clear policy on reporting harassment, training employees and building awareness, enabling the protection of victims, not mandating Non-Disclosure Agreements from victims, and demonstrating to the organization, the consequences faced by offenders.

Such steps are required to avoid third-party actors from unwittingly playing a complicit role in allowing a culture of silence to creep-in.