How Women can Stop Getting Interrupted While Talking in Meetings 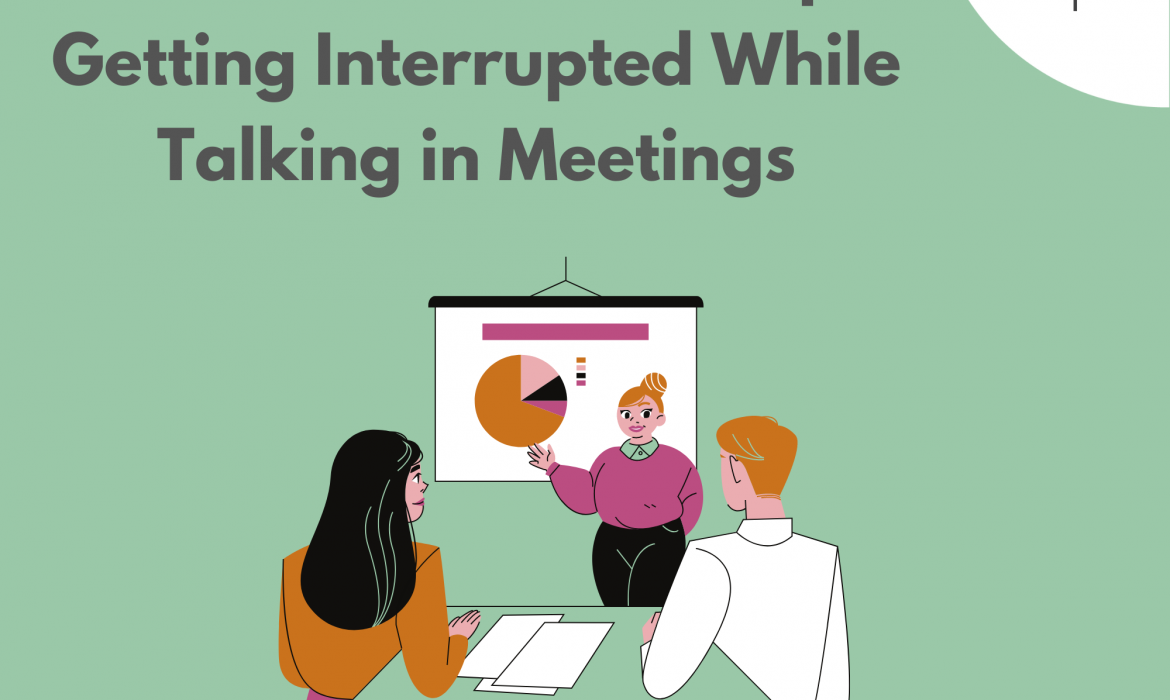 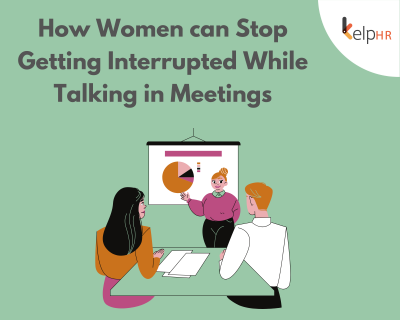 Our team looked forward to weekly Monday meetings as it allowed us the opportunity to share useful updates with one another. I noticed that every time I began with my updates, Prasad, a recent lateral hire, would cut me off, to ask questions. Or midway through my sentence, he would second guess the outcome. Within a month, his clockwork interruptions grew exasperating.

To be fair, he was neither belittling my work nor trying to take credit for it. Yet, by constantly interrupting, he deflected the focus of what I was trying to establish and left me feeling out of control of the situation.
Soon, old-timers started breaking into the updates as well. It reached a stage where speaking without being interrupted in team meetings became a distant dream.

On one occasion, I had barely begun stating my points when Prasad rammed in with his apprehensions on why this strategy wouldn’t work. Infuriated, I burst out yelling ‘Can you stop interrupting?’

An awkward silence followed, making me appear aggressive and temperamental. Ironically, my colleagues behaved as if I had ruined the harmony of the team.

In hindsight, was yelling the best way to handle being interrupted?

But, was that the only mistake I made?

Definitely not. The bigger mistake was patiently and unnecessarily putting up with being interrupted all those months, enabling it to become accepted behaviour.

Why should you avoid being interrupted?
When you are interrupted, it reduces your command over the situation and diminishes the impact you make. It lessens the chance of getting your ideas heard and lowers your probability of bagging opportunities for advancement and thereby attaining positions of power.
While there are apps like ‘Woman Interrupted’ that tracks the extent women get interrupted, academic studies have shown that women are interrupted roughly three times as much as men and clearly fall prey to this vicious circle.
Interruptions are really a display of power, where whoever gets interrupted is assumed to have a lower status.
Here are ways for women to avoid falling into this trap:

Avoiding ‘Eye-Contact’ with the interrupter

Avoid eye-contact with someone interrupting you. Interrupters consider eye-contact as an endorsement for taking-over the conversation.

Keep talking despite the person continuing to interrupt you. This crude approach sends the signal that you can’t be messed with.

Raise your index finger firmly but politely to indicate that you aren’t done talking.

Mention their name in a positive tone and state how you appreciate their approach but that you want to complete your point. For instance, “Dhanya, I am glad you asked that. I will get into that in a short while” or “Sikka, I was around 80% done with my approach. I’ll take a few more minutes to cover some vital information before we get to that”.

Get an ally in the meeting to pivot the conversation to the point you were trying to make when you were interrupted. For example, your ally can say ‘Let’s see if Kaylyn had finished before we changed tracks. Kaylyn, do you want to continue your point?’

If you have heft in the meeting, set expectations by declaring “We know that many of you have ideas on this topic. But let’s allow one another to finish so that we can listen to different views before everyone responds.’

Talk to the interrupter

Openly countering a habitually interrupting boss can be detrimental to your career. Consider a one-on-one conversation to say ‘I’ve been observing that as I start talking in meetings, I get cut off. Is there something I’m doing?’ / ‘I think I didn’t get a chance to complete what I was saying.’

Clearly, all situations do not demand that women stop their interrupters in their tracks.

When essential, an unapologetic, confident approach will help women regain their ownership of the situation.

For more information on Prevention of Sexual Harassment offerings by KelpHR, posh online training and certification, filing annual reports, third party empanelment, external members on the IC or any of our other offerings EAP (Employee Assistance Programs), D,E&I (Diversity, Equity and Inclusion) please contact posh@kelphr.com or call us at +91-9500129652. 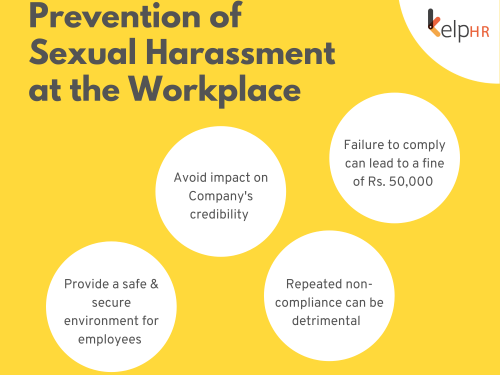