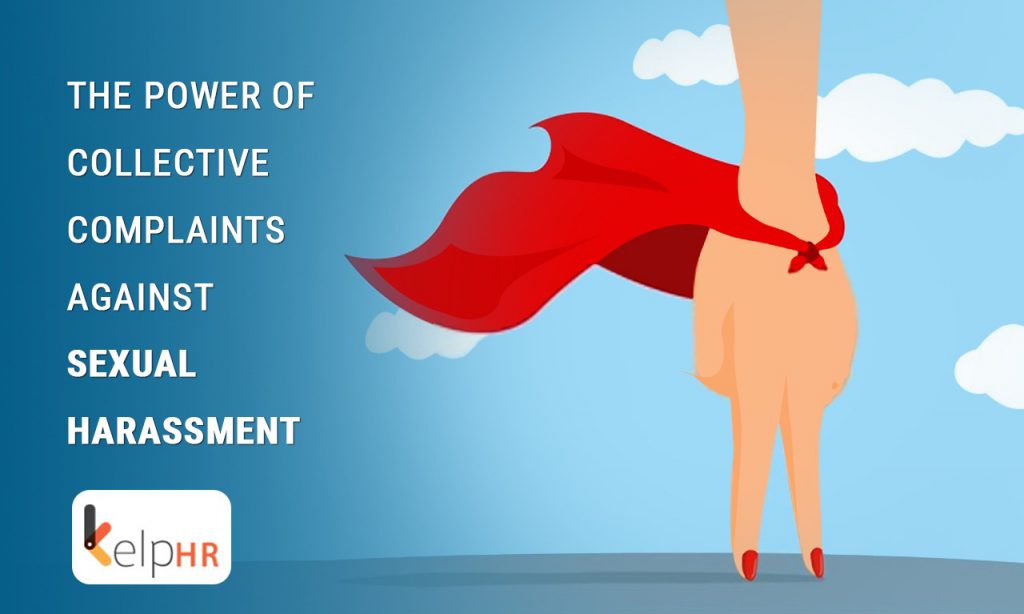 While climbing down the stairs at the office, a kind co-worker slapped a bug off my behind. He showed me the dead bug, and I profusely thanked him.

Over the next couple of months, I stumbled upon stories of three other colleagues who had experienced an ‘altruistic’ co-worker crush a bug either off their shoulder, back or behind. Like me, they had felt indebted to him for his timely help. On hearing of the third such case, it struck me that the bug-slapper was possibly using it as an excuse to touch us inappropriately. I organized for the four of us, ‘alleged victims’ to get together. Exchanging notes left us shocked and embarrassed – shocked by the similarities between our experiences and embarrassed at our naivety and for not sharing it sooner with others.

While the investigation process kicked-off, we understood from HR, that perpetrators of harassment often get away undetected because most victims do not complain. Having experienced this seemingly weird form of sexual harassment, we now knew exactly why.

The cost of complaining individually

Grossman L. Joanna and Rhode L. Deborah rightly point out in their HBR article1 that in cases of sexual harassment, there exists a ‘cost of complaining.’ The threat to personal safety and well-being, career consequences make employees shy away from complaining.

The factors that impact the decision of complaining about sexual harassment, includes the legal and professional leverage alleged victims have, their probability of winning the case and the overall damage to their reputation, amongst others.

As Grossman and Deborah point out –‘Safety in numbers is often what empowers women to come forward. And numbers are often what forces employers to settle and take preventive action…’

Their research has proved that effective strategies to deal with harassment include documenting both harassment and retaliation, informing family and co-workers about it, lodging a complaint internally within the organization, working collectively with other discovered victims of the harasser, and publicizing abuse where required.

A very recent example of collective complaints against sexual harassment at the workplace is the ‘class action suit’ filed in the US by former employees against McDonalds2. In India, as per Flavia Agnes, a gender rights lawyer and director of Majlis (a forum to help women achieve justice), the ‘collective representation’ of victims are possible through a joint complaint at a police station3.

Within organizations, victims of sexual harassment at the hands of a single perpetrator can collectively file a complaint to Human Resources or the PoSH Committee (Prevention of Sexual Harassment Committee). Doing so safeguards alleged victims against the high ‘cost of complaining’ and shields them better through the obscurity brought about by the large numbers of complainants. It also ensures that the complaint does not stand a chance of getting brushed under the carpet, and is taken up seriously.

Despite the heavy ‘cost of complaining’, millennials are bringing about the long-due cultural shift in organizations with their low tolerance towards sexual harassment and collectively raising their voices against it.