Are your Thoughts, Words and Actions in sync? 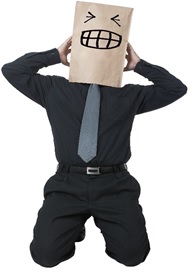 It is very often said “Mind your thoughts, for they become your actions, mind your actions for they often become a habit and mind your habits for they reflect your character”.  We are driven by some of our inner thoughts and while the words we say and express may not reflect them, these very thoughts become very visible to people because of our actions and motives.  Everyone around us especially at the workplace is quite capable at reading what our thoughts and views are even though we may never explicitly voice this.

This in turn leads to several aspects of behaviour that we need to be watchful of in an office context.  In my role as a coach of dozens of senior executives in the country, I often have had a chance to reflect on them.  I come across executives who believe that they are saying and doing the right things and yet do not seem to understand why they have a particular negative effect on a situation.  Let us recollect some of these:

1. What matters is not what you communicate but what you do at the work place.

I have often heard executives claim that people are their greatest assets and how much they value their own staff.  Yet the very same staff is made to wait endlessly for a meeting that could have been done and completed with a little bit of planning on time.  If our thoughts are really that people are our greatest assets, then we must make sure that we treat them in every way that reflects that thought.  I remember walking into a clothing store and being met by the owner an old friend of mine and being fawned over in the most polite manner.  All was well till he turned around to one of his staff and blasted him in the most aggressive manner possible.  It was a shock to me and brought home the point that while communications may indicate one thing, what matters is the thought that lies behind.

2. Thoughts are more visible then what you say, so therefore clarify your own thoughts before you want to communicate them.

The year was 2009 and one of the software companies in Bangalore had suffered because of the recession in the USA.  Employees were being laid off and the future was not very certain.  The CEO went out and addressed the employees trying to put a brave front that all was well and they would tide over the crisis.  However his choice of words, the tone and the body language reflected his true state of mind and nobody in the room bought his ideas.  Things actually went further downhill after the address.  Perhaps if he had taken time out to clarify his mind with the thoughts filling them and then communicated that as honestly as possible, the employees would have responded more positively.  Clearly the first step is to sit down, think through your own thought process and organise the same before you try and explain it to anybody.  People read whatever they want to read of what you are telling them and not necessarily what you want them to hear.

3. The “Abundance Mentality versus the Scarcity Mentality”

Stephen Covey has often talked about this in his books when he talks about the Abundance Mentality and I have always found that those of us who believe there is enough to go around, always seem to get more for themselves while those who struggle through a perceived shortage in their head always have to live in famine.  Nowhere is this more visible then when it comes to appreciating others at the work place.  There are some executives I find who are quick, generous and public in the praise and appreciation for others and these executives usually seem to get the best out of their team.  Yet again there are others who worry about any appreciation as the danger of the other side taking advantage of me is very strong.  They are miserly and delayed in their appreciation, with the result that everyone around them holds back the best they can offer.  Shredding those inhibitions and dealing with a situation with an belief in abundance seems to go much further then holding yourself back and trying to forever plan for that perceived scarcity in your head.

4. Thoughts need not always be what others want them to be

Maturity is often defined as the balance between having the patience to hear what others have to say and the courage to express your own thoughts.  In an Indian work context, I have often come across subordinates who are eager to reflect what their bosses say, even though they feel and quite rightly so that the boss may not be right.  It is time then to stop being a “Yes Man” and put on the maturity cap and articulate what is in your mind clearly.  We often mix up the way of communicating a message with the message itself.  Hence we are so worried of the impact a message may have and the appropriate way to communicate it, that we fail to communicate the message itself.  Be able to free yourself from the burden of having to state what others are expecting you to state and bringing up your true thoughts albeit backed up with data and facts would inevitably rank you higher in the organisation map.  If the message content is constantly being mixed up in your company for the message form, then it probably is time for you to search out a place where content would be respected.

In the end it comes down to three important aspects

a. Be willing to search for and come up with your own thoughts in a given situation

b. Be true to yourself and reflect what is in your mind.  Do not try and camouflage what you are thinking for that is quite apparent to those around it.

c. Do not sacrifice what you want to say while you debate how you want to say it.  Start with the content in mind and modify it with a suitable way of delivering it and not vice versa.