The legal dictionary defines sexual harassment as any unwelcome sexual advances, requests for sexual favours and other verbal or physical conduct of sexual nature that tends to create a hostile or offensive work environment. Sexual Harassment is a violation of human rights of a person. Human rights are inherent and inalienable and its violation should be prevented by the State, at all times. The Constitution of India, under Article 14, ensures equality before law and equal protection of law. Further, Article 15 prohibits any kind of discrimination on various grounds including discrimination based on sex, Article 19 (1) (g) confers the right to carry on any business trade or profession on all citizens and Article 21 ensures right to life and personal liberty.

In 1997, the Supreme Court of India laid down the Vishaka Guidelines containing the formal procedure to be followed in sexual harassment cases. In formulating the guidelines, the Supreme Court relied on the provisions of the Convention on the Elimination of All Forms of Discrimination Against Women, adopted by the General Assembly of the United Nations in 1979, which was signed and ratified by India.

Later, the Parliament enacted ‘The Sexual Harassment of Women at Workplace (Prevention, Prohibition and Redressal) Act’ in 2013, to fill the legislative lacuna on the subject. 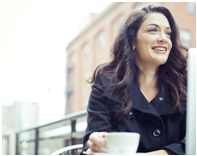 The  Act  does  not  conﬁne  workplace  to  any  speciﬁc  place/s. Any place,the  employee  maybe  at,  for work, is  considered as  a workplace.  If harassment  occurs  in  a  hotel  where  the complainant and  the respondent are  staying  the  night  as part  of their oﬃcial tour,  then  this  is  also considered  a Workplace.  It may even  be during  travel  and  it  need  not be in  person,  too.

No longer can Sexual harassment be perceived just as physical harassment. Its scope is much wider than that. It includes mental trauma because of repeated unwanted sexual advances, fear, damage to self-esteem, confidence and interpersonal relationships which are important for an efficient and productive work environment.

In M.M. Haries vs State of Kerala, 2005, the Court held that even a letter sent to a woman intending to outrage her modesty is punishable.

Thus, in today’s corporate world, a lot of communication is done through apps like WhatsApp, Hike, Viber etc, WhatsApp being the most commonly used. If an employee sends a WhatsApp message to another, asking for sexual favours or sends messages which includes sexual remarks or pornography, these are considered as sexual harassment against the recipient and the employer should be sensitive not to belittle these actions. Suppose such remarks are sent as a joke on a WhatsApp group, even a single offended employee can always take the matter to the IC (*Internal Committee).

Section 2 of the Act provides definitions for many words used in the Act. These words should be understood as given in this section. E.g.:  Aggrieved woman, appropriate government, employer, employee, workplace etc. The Act confers that no woman shall be subject to sexual harassment at her workplace and that sexual harassment also includes explicit or implicit promise of preferential treatment or threat of detrimental treatment in her employment or intimidating her work or creating a hostile environment or humiliating treatment which will affect her health and safety.

What should an employee do after the harassment occurs?

When harassment occurs in the workplace the victim should directly file a complaint with the IC.

In Avinash Mishra v. Union of India, the question arose whether one should take permission from the IC before filing a complaint. The Court held that there is no need for the prior permission of the IC to file a Sexual Harassment complaint.

Usually as employees, one tends to discuss the matter with a project manager or HR manager. However, the Act states that the complaint be raised with IC immediately. This is because there is a high probability that the manager might try to convince the employee against giving the complaint to save the perpetrator, who might be very valuable or efficient or a high revenue earning employee. But this is not an issue that requires to be discussed in a team. Its more than just an issue. It’s a crime and it needs to be handled seriously. The employer needs to instil confidence in employees especially young and new employees, so that they are not hindered from filing harassment complaints in fear of losing their job or chances of promotion. This can be attained by providing effective training to the employees.

If on account of physical or mental incapacity or death, the victim is unable to give the complaint, it can be given by her legal representative, relative, friend or any person or organisation working with such matters on her behalf. In Samridhi Devi vs Union of India and Duryodhan Sahu (DR) vs Jitendra Kumar Mishra, a complaint filed on behalf of the victim was held valid.

There shall be NO division within the IC

In Jaya Kodate v. Rashtrasant Tukdoji Maharaj Nagpur University, 2014, the IC submitted two reports before the Division Bench of the Bombay High Court. The Court refused to read either of the two reports placed on record which were deprived of its fundamental joint character or nature. If any of the parties to the issue feel that an IC member is  biased , the employer should take the effort to change that particular member and moreover, members from NGOs and legal fraternity are included in the IC so that unbiased recommendations can be given.

Powers of the IC to recommend penalty – Upheld by courts 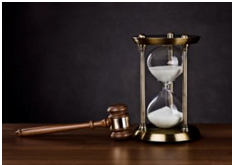 If the complaint is proven to be true, then the employer may impose punishment as prescribed by the service rules and in case the organisation does not have service rules, disciplinary action including a written apology, warning, withholding of promotion or pay rise or deduction of compensation payable to the complainant from the salary/wages of the respondent.

In Gaurav Jain v. Hindustan Latex Family Planning Promotion Trust, a Single Judge of the Delhi High Court held that in view of the provisions of section 13, the Internal Complaints Committee would have power to recommend punishment (even termination, as in this case) to be taken against the guilty respondent.

In Jawahar Khalifulla v. Commissioner of Labour, the Court held that an order of dismissal is valid, provided that, the domestic enquiry held was fair and proper.

Moreover, in Hirsch Watch Strap v. Labour Court, the Madras High Court held that, the Labour Court cannot interfere with the penalty imposed by the management when the enquiry held is just and fair.

Case not proven but not a false case

To ensure that the protection provided under the Act is not misused, if it is proved that the complaint is false or malicious, the IC can order punishment to the complainant according to the service rules or take disciplinary action.

In Indu Singh v. Union of India, the Court held that, if a party is not able to prove his/her allegation it cannot be concluded as a false allegation. Therefore, not being able to prove an allegation does not amount to a false or malicious complaint.

Failure of an employer to comply with the Act 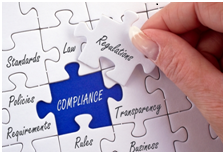 If an employer fails to constitute an IC or does not comply with the provisions of the Act a fine of INR 50,000 may be imposed. If the offence is repeated, the fine may be doubled or the entity may be de-registered or its business license may be revoked. It is also important to note that all offences under the Act are non-cognizable by Section 27 of the Act.

Thus, the 2013 Act on sexual harassment at the workplace is a step taken by the legislature to protect women at work and to provide gender equality at workplaces. It is the responsibility of the employer to ensure that all the provisions of the Act are complied with and that the employees are well   aware of the procedure to be followed in sexual harassment cases.

How can working women build their leadership presence?